“Now I am aware that violence is not the way to educate others, but through respect” 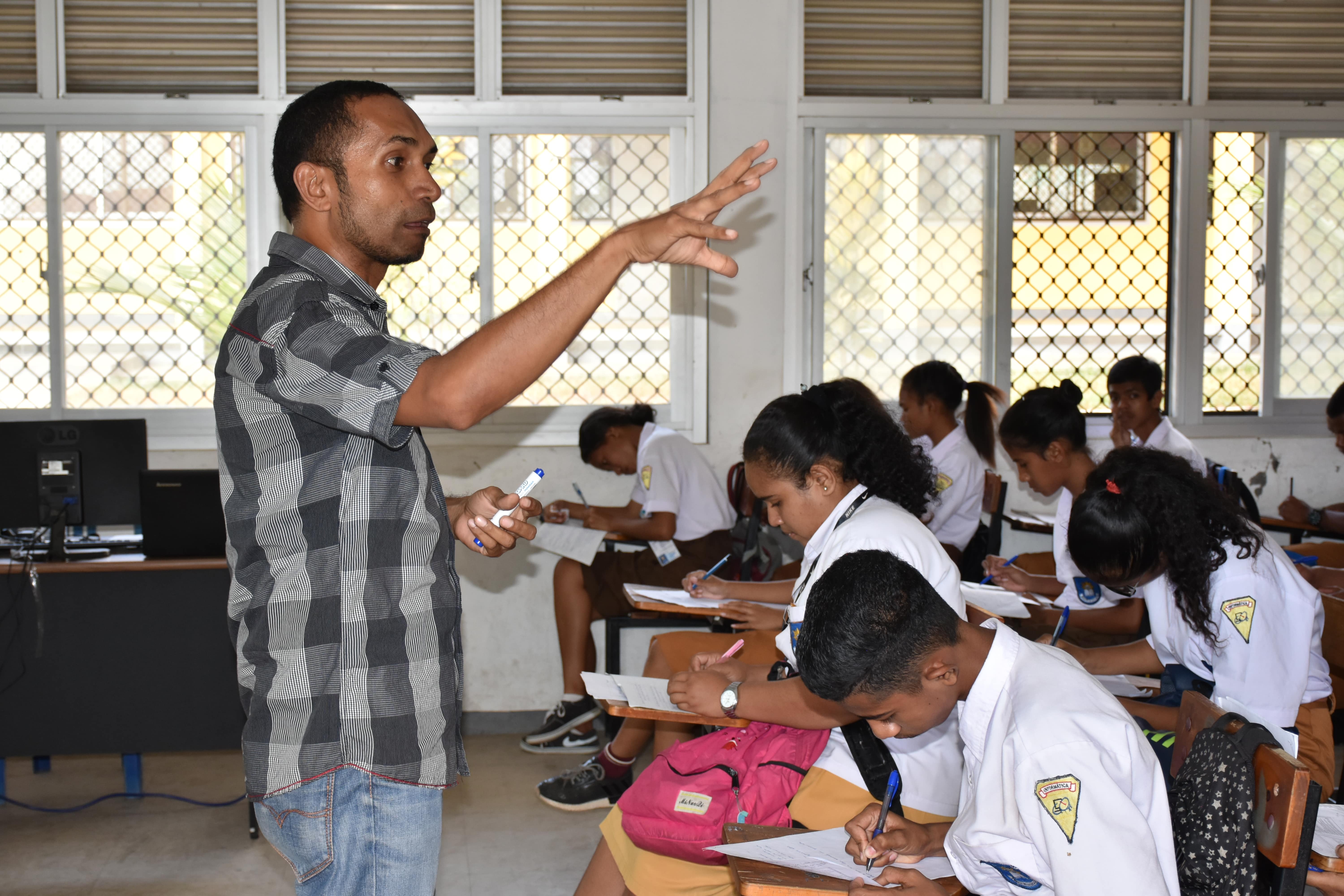 At least one in three women in Timor-Leste has experienced physical and sexual violence during her lifetime and the exposure is high among 15-19 years old, including in settings within and around schools. Global evidence and the high youth population in Timor-Leste makes a strong case to prevent this violence and work with young people, their families and their schools.

Making this investment, UN Women, with support from the Governments of Australia and the Republic of Korea, is supporting the Ministry of Education to roll-out a series of extra-curricular sessions using a framework titled Connect With Respect (CWR). The approach empowers teachers and school communities to prevent, address and respond effectively to gender discrimination by focusing on addressing the root causes of violence working together with teachers, students, parents and community leaders.

One teacher, Faustino S. de Carvalho (photo above) with 14 years of teaching experience, noted a change in his interaction with his students and family after the first week of conducting the CWR training. “I have switched my communication approach with students and others at home. Now I am really aware that violence is not the way to educate others, but through respect. When you respect students, they will respect and listen to you,” said Mr. Carvalho. From the changes he made, he has also built a closer bond with people at home, “my wife has been really surprised and the kids who live with me at home have also become closer and communicate more with me.”

Students have admired his change, “he used to scold us and was a bit aggressive. It was scary to see him around. But now we can easily talk to and ask him questions. I feel safe to express my thought in his class,” said one of his first year students. Constructing safe and inclusive schools is key to changing the quality of education and contributes to creating a society that is free from violence against women and girls. “We are now taking an approach of creating a safe space for girls to feel secure and able to express themselves in the school environment. We have also reached to the students’ parents to actively involve them as well,” explained Mr. Carvalho.

Mr. Carvalho enrolled a number of his students in the Connect With Respect Initiative to build their equitable attitudes and become role models for others. His plan has worked accordingly, “I’ve heard those kids are now telling their friends not to make noise or bother others in the class. They are advocating for respect,” he emphasized.

The project is generously funded by the Government of the Republic of Korea and Government of Australia through UN Women’s Regional Stepping Up Initiative. It is being piloted in three schools in Dili and Liquica working in partnership with the Ministry of Education, parents and community leaders. To learn more, see Connect with Respect School-based prevention of violence against women and girls.